Check out where he was born! 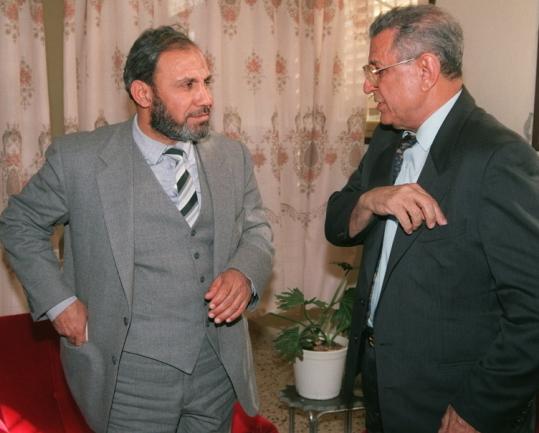 Gee, the Zionists aren't calling him a "terrorist" like our president Carter?

JERUSALEM - Abie Nathan, the peace activist who made a dramatic solo flight to Egypt in a rattletrap single-engine plane and later founded the groundbreaking "Voice of Peace" radio station, died yesterday. He was 81.

Mr. Nathan died at Tel Aviv's Ichilov hospital, the hospital said in a statement. He burst onto the world of Middle East diplomacy in 1966 with his solo flight more than a decade before Israel and Egypt signed a peace treaty.

Although he failed in his initial bid to talk peace with the Egyptians, his daredevil escapade won the affection of many Israelis and launched a long and often eccentric one-man crusade to end the Arab-Israeli conflict.

Over time, he earned a reputation as a maverick peace activist who often took diplomacy into his own hands. He was called a crackpot and a prophet. But many admired the daring of the former Israeli air force fighter pilot as he pounded on Egypt's doors, sailed his pirate radio ship into hostile Middle East waters, or risked his life on hunger strikes for peace.

Yossi Sarid, a dovish lawmaker, said Mr. Nathan paved the way for Israel's peace movement. "He was ahead of his time, and he did everything himself," Sarid said. On hearing of Mr. Nathan's death, Prime Minister Ehud Olmert of Israel issued a statement that said: "Abie Nathan loved life, loved mankind, and loved peace. He painted Israeli society with a unique shade of humanism and compassion."

Nothing like getting an endorsement from the devil, huh?

Olmert mentioning those things in his sentence is offensive, this murderer of Palestinians and Lebanese!!!

Abraham Jacob Nathan was born April 29, 1927, in Iran, was educated in India, and served in the Royal Air Force as a fighter pilot, before joining the Jewish immigrant influx into newborn Israel in 1948. He flew for Israel's national airline and ran an art gallery and restaurant that became the center of Tel Aviv's bohemian life. His American-style diner even helped pioneer the hamburger in Israel.

Isn't that a kicker?!

Convinced that people power could succeed where diplomats had failed, he ran for Parliament in 1965 on a promise to fly his private plane to Cairo and talk peace with Egypt's president, Gamal Abdel Nasser. "Someone has to do something," he said. "We are getting nowhere with the politicians.

The voters rejected him, but he flew his private plane, Shalom One, to Port Said anyway. Egyptian authorities treated him courteously and sent him home. The Israeli government disapproved of his unauthorized border crossing but took no action.

He continued his campaign for peace later that year with trips to Europe, the United States, and the Soviet Union, where he met with world leaders such as Pope Paul VI and Senator Robert Kennedy, and intellectuals like Jean-Paul Sartre and Bertrand Russell.

In 1967, he flew to Egypt again and was turned away without seeing Nasser. The Israelis jailed him for 40 days. After two more fruitless flights on commercial airlines, Mr. Nathan changed his tactics, buying a 188-foot, 570-ton freighter that was partially funded by John Lennon. He anchored it off the coast of Tel Aviv and turned it into a pirate radio station, "The Voice of Peace," with a mix of pop songs and peace messages.

"Shalom, salaam, and peace to all our listeners," Mr. Nathan declared in his first broadcast in 1973. "The Peace Ship is a project of the people. We hope through this station we will help relieve the pain and heal the wounds of many years of suffering of the people of the Middle East."

Over the next 20 years, "The Voice of Peace" became especially popular among youth. It was the only radio station in the Middle East that broadcast music from the world's "Top 40" charts and used English as its primary language, yet offered both Israeli and Arabic news. Apart from his peace efforts, Mr. Nathan flew or shipped emergency supplies to victims of war, earthquakes, and famine around the world.

In the 1970s, Mr. Nathan went on repeated hunger strikes to try to force the Israeli government to make concessions for peace with Egypt and talk to the Palestine Liberation Organization. He saw the first wish come true when Israel and Egypt signed a peace treaty in 1979. But it would be years before Israel would reverse a law making meeting with the PLO a crime.

Mr. Nathan broke the law several times by meeting with PLO leader Yasser Arafat, whom he later referred to as his brother. In 1989, he was jailed for 122 days, with a one-year suspended sentence if he repeated the offense. He did and was charged again.

It was a measure of the public affection he commanded that during a prison furlough, he was honored with a banquet attended by the cream of the Israeli establishment.

If only more Israelis and Jews thought the way Mr. Nathan did.

One of the good Jews, just like another man I admire: Memory Hole: A Rabbi I Love

That ought to clear up any false anti-semite charges you try to hurl at me, thank you!
Posted by Rocker at 1:15 PM