Why Lee Harvey Oswald Had to Die!

"Why Lee Harvey Oswald Had to Die! 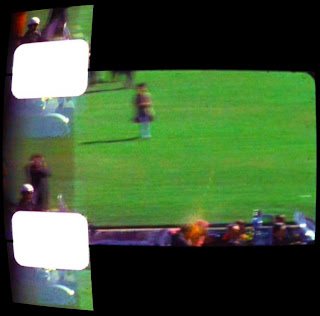 by Len Hart, The Existentialist Cowboy

Without a bullet that can be proven to have been at the scene of the crime, the government would have had no case against Lee Harvey Oswald, tried in absentia in the media because he was murdered and murdered before he could talk. Conveniently! The government needed a piece of hard evidence --a magic bullet'! They got one! Conveniently! The government needed a truly magical bullet that did magical things --the work of six or seven other bullets most which got beat up and deformed in the line of duty.

Arlen Specter must be credited with concocting the theory that a single 'magical' bullet could smash bone and cartilage and emerge with nary a scratch! Arlen Specter would pull a pull a 'magical theory' out of thin air while a friendly shill would pull an equally 'magic bullet' out of his ass. The government had a problem! Lee Harvey Oswald would have to be tried for the crime of murdering the President. For quite some time in our history, those charged with crimes were given trials. The government had not yet figured out that if you just call them a bad name (terrorist) you can dispense with all those niceties. Someone, somewhere was alarmed! What if Lee Harvey Oswald should get a good lawyer and mount a strong defense! What if Lee Harvey Oswald proved his charge that he was just a patsy!Connections: Al Capone, Nixon, Johnson At this time a sleazy strip club operator and erstwhile mobster who had once run errands for Al Capone and may have worked for Richard Nixon obliged the government by putting aside their fears. Jack Ruby would silence Lee Harvey Oswald even as he implicated Lyndon Johnson in the death of JFK. Dead men are not put on trial. It is no mere coincidence that Jack Ruby --the man who had shut up Lee Harvey Oswald --had been a a Richard Nixon 'asset'. A little known memo supports the charge that Ruby was Nixon's personal spy, or more accurately, one of several.

The 1947 memo, found in 1975 by a scholar going through a pile of recently released FBI documents, verifies everything we know about Ruby and Nixon. Undercover work for the young Congressman Nixon would have been in keeping with Ruby's history as a police tipster and government informant. In 1950, Ruby gave closed-door testimony to Estes Kefauver's special Senate committee investigating organized crime. Committee staffer Luis Kutner later described Ruby as "a syndicatelieutenant who had been sent to Dallas to serve as a liaison for Chicago mobsters." In exchange for Ruby's testimony, the FBI is said to have eased up on its probe of organized crime in Dallas and in 1959, Ruby became an informant for the FBI. --The Plot to Silence the Truth

By the time the Warren Commission released its voluminous 'cover story', it was clear that by murdering Lee Harvey Oswald, Jack Ruby had saved the government from having to prove its kooky theory that a single 'magic bullet' was solely responsible for some seven wounds to both JFK and John Connally.

Everything pertaining to what's happening has never come to the surface. The world will never know the true facts, of what occurred, my motives. The people had, that had so much to gain and had such an ulterior motive for putting me in the position I'm in, will never let the true facts come above board to the world.

Reporter : Are these people in very high positions Jack ??

So --who killed JFK? Whoever sanctioned the 'hit' on JFK were 'these people' (Ruby's words). They had what Ruby called 'ulterior motives'. 'These people' had much to lose by any defense that Oswald might have made. 'These people' had every reason to shut Oswald up. In fact, he was shut up for good.

Well, you won't see me again. I tell you that a whole new form of government is going to take over the country, and I know I won't live to see you another time--Jack Ruby, Statement to Warren Commission

Jack Ruby and the Conspiracy to Assassinate JFK
The government's case against Oswald would have to succeed or fail upon whether or not it could convince a jury that a single bullet had created created some seven wounds in both JFK and John Connally. A 'single' bullet would have had to change course several times to account for the several wounds in both JFK and John Connally. Now U.S. Senator from Pennsylvania, Arlen Specter, was at the time an ambitious junior counsel for the Warren Commission. It was Specter who originated and championed the theory that a single 'magic' bullet had done the work of a conspiracy. Henceforth, the word 'conspiracy' is verboten in those cases in which it may be certain that there was a conspiracy.

The government was saved further difficulties due to timing. Oswald was, of course, long dead by the time of the so-called 'investigation'. Had Oswald gone to trial, it is doubtful that the government would have had such a theory just waiting in the wings to be rolled out. And if it had, it would most certainly have been hammered by any competent defense attorney. Would the 'state' have dared to try winning a conviction for murder upon pure speculation, baseless conjecture.

Ruby saved the government considerable embarrassment. The 'magic bullet' would have been challenged by a competent defense; it might have been ruled inadmissible by an honest judge.

The 'chain of evidence' had been broken. There is no evidence placing the magic bullet in Dealy Plaza at the time of the crime. It is doubtful that the 'magic bullet' had ever penetrated bone or flesh. A growing chorus -some 45 years after the event --says that Lee Harvey Oswald was the fall guy for a CIA/Government crime that most certainly amounts to high treason.

The 'magic bullet', credited with miracles yet to be duplicated and cannot be placed at the scene pf the crime. Yet the 'magic bullet' is marked in evidence by the Warren Commission. Every other bullet marked in evidence by the Warren Commission is seriously deformed, damaged, twisted or smashed. Every other bullet so marked can be connected to Dealy Plaza. For every other such bullet there is a chain of evidence that must meet the standard of a court.

Yet it is the 'magic bullet with nary so much as a dent that is said to have done the work of some six or seven other bullet/fragments in evidence. One wonders where those bullets came from! They look like they struck something hard like bone. The 'magic bullet' --by contrast -- looks like it was fired through crepe paper if fired at all. With the untimely death of Lee Harvey Oswald, the government was saved the trouble of having to prove its case. Lee Harvey Oswald had been shut up for good. He would never have the chance to convince a jury hat he was, as he had said, 'a patsy'! Patsies are supposed to 'take a fall' But Lee Harvey Oswald was no ordinary patsy. Even if he had not spilled the beans, his case would have been thrown out of court by an honest, competent judge. Even if he had not revealed secrets that higher ups intended to keep secret, the dismissal of charges against him would have have forever denied a dishonest Warren Commission a chance to rewrite history and put an official label on it. The masterminds of high treason had already decided that it was much easier to murder a talkative patsy than it would have been to buy off an unpredictable judge. The question then is why is the 'state' so dogmatically adamant about the 'magic bullet theory'? As Shakespeare put it: 'methinks they protest too much!' The government is organized and invested in the cover stories. Warren Commission critics, by contrast, are dispersed throughout the populace.

The 'state' theory is handed down from above and defended with all the powers of the 'state'! Now --if the 'state' or agencies of the state, say, the CIA, FBI, were in any way 'embarrassed' by the facts, efforts by said agencies are completely understandable.

The guilty always try to cover up their crimes

Of all Warren Commission exhibits of 'bullets' and/or bullet fragments, only one --CE 399 --is very nearly pristine. Every other exhibit is mangled, smashed, and/or deformed to such an extent that the untutored eye might not recognize them as bullets or bullet fragments. Many of these 'exhibits' have a documented history, i.e, a 'chain of evidence' sufficient to make them admissible evidence had the case against Lee Harvey Oswald ever gone to court.

The 'state's case' i.e, the 'official theory' does not follow from the evidence. The state's case then as now rests upon the flagrant dismissal of real evidence recovered at the scene but upon a fanciful ex post facto 'cover story' invented by Arlen Specter. The government chose to cherry pick its evidence and when that didn't work, they would simply invent a cover for which there is, in fact, no evidence whatsoever. Anyone wishing to defend the government's position must: It needed only to demonize seekers of truth as 'conspiracy theorists', leftists, commies, or whatever epithet focus groups say are most effective at the time. Addendum:

"The thing I am concerned about, and so is [Deputy Attorney General Nicholas] Katzenbach, is having something issued so we can convince the public that Oswald is the real assassin."--FBI Director J. Edgar Hoover, speaking on the telephone to Johnson aide Walter Jenkins two hours after Oswald was murdered by Jack Ruby, HSCA Report, vol. III, pp. 471-73. (The Warren Commission -- charged with determining the truth in the JFK assassination -- relied upon Hoover's FBI as its primary investigative arm.)

"We have not been told the truth about Oswald."