The Saddest 9/11 Anniversary Of All

"Happy Patriot Day? Not Quite: The Saddest 9/11 Anniversary Of All 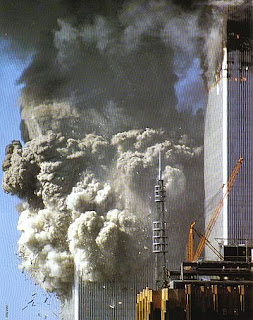 Here we are again, another September 11th. For me it's more painful than any previous anniversary of the "terrorist attacks" of 2001.

I've been trying to write a major essay about it, but it's not coming together. Oh well. Instead I will confine my comments to a few words and give you an opportunity to say what you wish, if you wish...

I think this is the most painful 9/11 since 2001 because we now know, more certainly than ever before, that the official story of what happened that day, and how it happened, is false in almost EVERY DETAIL.

We also now have -- for the first 9/11 anniversary since the "attacks", a Democratic president and a Democratic congress.

And YET we STILL don't have a SINGLE advocate for real 9/11 truth ANYWHERE near the corridors of power.

There used to be one, until just a few days ago, but he got run out for (among other things) having signed, five years ago, a letter requesting an impartial investigation of the crimes of 9/11 and their coverup. Apparently Obama's staff made a hasty decision and approved a man with a touch of truth in his past.

Guided by his Chief of Staff, a foul-mouthed, quick-tempered Zionist who stands against both electoral integrity and 9/11 truth, Obama has been trying not to allow such "mistakes". But occasionally they do happen, and as we have seen so clearly, they need to be corrected as soon as they are detected.

If we had a real opposition, a viable political process, open discourse, access to information, rule of law, a government whose authority derived from the consent of the governed: if we had any these things that supposedly make America great ...

If we had a major newspaper, a television network, a wire service, a national newsmagazine -- any major media source at all, that was willing to do an investigation, or even report on the investigative work of others, or even to do a series on the obvious and brazen way in which Bush and many others evaded their responsibility to defend the country and their concommitant responsibility to investigate thoroughly and openly the events of the day: if we had any or all of these things ...

The obvious (though horrible) truths about 9/11 would much more common knowledge than they are already.

The perpetrators and their enablers would no longer be able to hide behind their ovbious lies.

And the new administration, rather than running one token "Truther" out of town on a rail, would be FULL of people demanding Truth and Justice.

But it isn't. Far from it. We are as far from that as you could possibly imagine, and still going in the opposite direction.

I find this sadder than almost anything else that has happened in the past seven years and 364 days.

But then again, it's not a sad day for everybody.

One segment of [this] video [starting at 2:30] documents the following exchange, from the morning of September 11, 2001:

Dan Rather: Based on what you know, and I recognize we’re dealing with so few facts, is it possible that just a plane crash could have collapsed these buildings, or would it have required the, sort of, prior positioning of other explosives in the, uh, in the buildings? I mean, what do you think?

Jerome Hauer: No, I, uh, my sense is just the velocity of the plane and the fact that you have a plane filled with fuel hitting that building, uh, that burned, uh, the velocity of that plane, uh, certainly, uh, uh, had an impact on the structure itself, and then the fact that it burned and you had that intense heat, uh, probably weakened the structure as well, uh, and I think it, uh, was, uh, simply the, uh, the planes hitting the buildings, and, and causing the collapse. 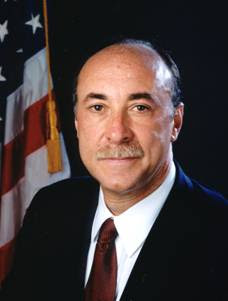 Jerome Hauer is certainly a remarkable guest, isn't he? On the very morning of the event, he had the whole thing figured out.

But let's get back to the attack itself. Who did it? Who could have done it? If you were watching CBS that morning, you would have heard this:

Dan Rather: What perspective can you give us? I mean, there have been these repeated reports that, well, yes, Osama Bin Laden, but some think he’s been over-emphasized as, as responsible for these kinds of events. I know many intelligence, uh, people at very high levels who say, listen, you can’t have these kinds of attacks without having some state, Iraq, Iran, Libya, Syria, somebody involved. Put that into perspective for us.

Jerome Hauer: Yeah, well I’m not sure I agree that, umm, this is necessarily state-sponsored. Umm, it, as I mentioned earlier, certainly has, umm, the, uh, fingerprints of somebody like Bin Laden.

And that, of course, is the other half of the official story.

How did Dan Rather happen to have a guest with him on the morning of 9/11 who knew the entire official story before it became public knowledge?

The twin disintegrations of the twin towers certainly looked like explosives-driven demolitions to many reporters who covered them live -- but Jerome Hauer assured Dan Rather and his viewers that it was just caused by the intense heat that weakened the structure!

The attack of 9/11 was of such scope and ferocity that it was virtually unimaginable -- except to the people who planned it -- just a day before it happened. But when it did happen, Jerome Hauer was able to contradict the intelligence experts and claim it bore the fingerprints of somebody like Bin Laden!

Is that how the deal goes down? Do Jerome Hauer and his buddies win, and do we all lose?
To finish reading this post, go --HERE--
Posted by Rocker at 6:41 AM