What if he were YOUR SON, Americans? How would you feel then? 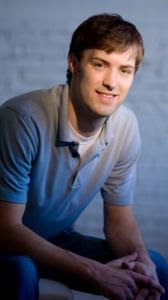 Is what he allegedly did worthy of being slammed to the ground and suffocated?

And here is another non-news story with a DECEPTIVE HEADLINE so we will all feel like something is being done, the system is checking itself.

"FBI to probe death of fan; At issue is use of excessive force" by Shelley Murphy, Globe Staff | July 8, 2008

The FBI announced yesterday that it will look into whether Boston police officers used excessive force while arresting David Woodman, but not until after police and Suffolk County prosecutors finish their investigation into the death of the 22-year-old former Emmanuel College student who was arrested during the Celtics championship celebration and stopped breathing while in custody.

"We will take a look at all of the facts once they are available; then we will decide what further steps, if any, need to be taken," said Gail Marcinkiewicz, a spokeswoman for the FBI in Boston, adding that the agency is also awaiting Woodman's autopsy results, which are not completed.

WTF is TAKING SO LONG?

She said it is not unusual for the FBI to review such a case, because one of the agency's top priorities is investigating civil rights violations, which would include the use of excessive force by police.

Yeah, yeah, they have other duties now.

"A violation of federal law occurs when it can be shown the force used was wilfully unreasonable or excessive," Marcinkiewicz said. "That's how you determine if it rises to the level of a federal investigation, and that's why it's important to wait until getting all of those various reports and to take a look at them to determine whether it meets that criteria."

A Boston lawyer who represents the Woodman family urged the FBI and the US attorney's office last week to launch an independent investigation, contending that the police should not be trusted to investigate their own.

AGREED!!!! And NO AUTHORITY is to be trusted anymore, either!!!!

But Marcinkiewicz said the FBI has decided to review reports and findings from the probe conducted by state prosecutors and police before deciding whether a federal civil rights investigation is warranted. There is no timetable for the probe.

If there EVEN IS ONE!! So WHAT is with the HEADLINE, readers?

"I wish they would get involved earlier, but I can understand, given their resources, that the FBI would want to see what the investigation reveals or doesn't reveal to determine whether they should get involved," said Howard Friedman, the Boston lawyer who represents Woodman's parents, Jeffrey and Cathy of Southwick. "I'm pleased they are willing to look at it."

Elaine Driscoll, a police spokeswoman, said the commissioner welcomes the FBI's review. "We will be fully cooperative," she said.

Suffolk District Attorney Daniel F. Conley, who is conducting an investigation with police homicide detectives into Woodman's death, has an excellent relationship with the agent who heads the FBI's Boston office and "will be happy to supply him with the results of our investigation, as well as to help determine whether federal charges apply," said Jake Wark, a spokesman for Conley's office.

Oh, yeah, I'm sure the parents are going to be thrilled to read that!

By the way, WHERE are the PARENTS in this story?